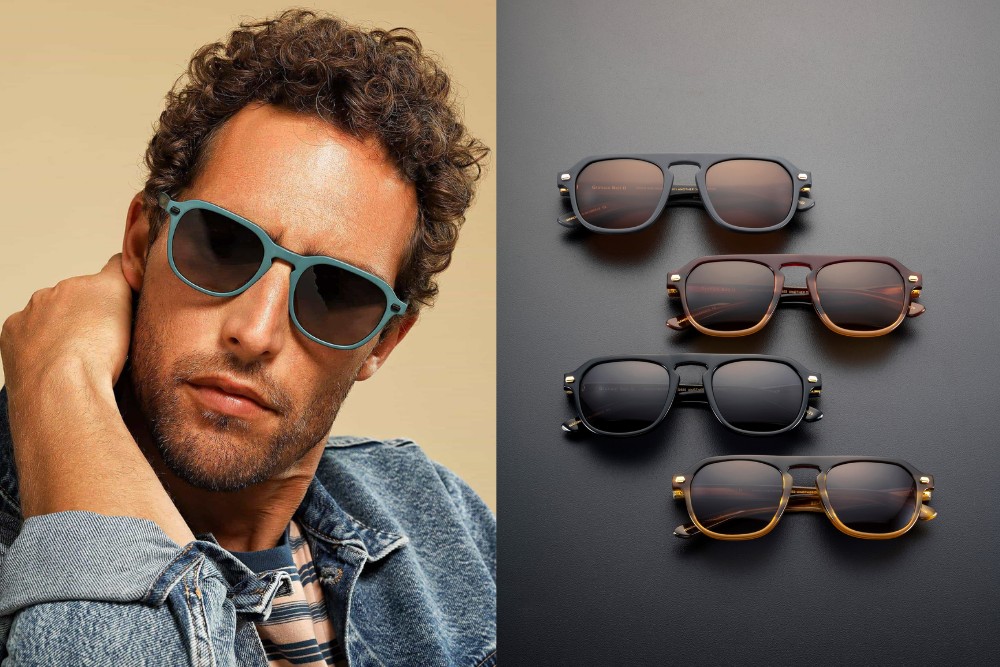 Here on Style Sample Mag, we’ve been bringing you some of the best men’s product reviews on the Internet when it comes to fashion, shoes, and accessories. Today we’re talking about one of the hottest new companies on the market- Selfmade Sunglasses.

Selfmade is the only sunglasses brand on the market that actually gives you the luxury European sunglasses you’ve wanted for as low as $149. That’s less than half the price of most luxury sunglasses. Brands like Oliver Peoples, Moscot, and Garrett Leight charge $400 per pair, and some of their models even cost $800 to $1,000. Selfmade sunglasses are a much better quality product that what you’ll find from any other DTC sunglasses brand on the web right now.

Today we are also super excited to get you special discount for this latest collection. Extra 10% off when you checkout with our unique code Style10 on selfmade.by website.

This discount was added today and might not be here tomorrow due to low inventory on these below models, so take advantage of it while you can.

Something really cool about Selfmade sunglasses is that they are all named after famous icons from history. These are the movers and shakers- the people who never gave up on success. Like the brand name suggests, these people were self made. They’re not trust fund kids benefitting from daddy’s millions. These are people who hustle like you and me. So it’s very cool that the sunglasses you pick also tell a story. They even have a Selfmade Magazine with inspiring stories from entrepreneurs. If you’re anything like me, this is a great read.

What Makes Selfmade Better Than the Rest?

Believe it or not, most luxury sunglasses brands are actually made in China. Many of the styles are even identical to one another, and all they do is replace the logo on cheap plastic frames. Even though these brands are far from high quality or original, they still charge between $300 to $400 per pair of sunglasses.

The reason why Selfmade is able to offer lower prices than the competition is because they are selling directly to the consumer. They don’t have a huge overhead like rent to pay in expensive city storefronts. Because of this, they are able to pass on those savings directly to the customer.

That’s why I love this brand so much. Selfmade goes above and beyond to give you true luxury quality for half the price. These sunglasses are made from Italian acetate and hinges, and handmade in Athens, Greece. The logo is even made of 24k gold.

The designers for Selfmade formerly worked for Luxotica, which is the powerhouse eyeglasses company that owns Rayban, Oakley, and more. The designers also worked for several luxury car brands, including Volvo.

Some of the styles created by Selfmade are very similar to what you’ll find for double the price. For example, check out their sunglasses called “Carnegie II” sitting side-by-side with the Moscot “Lemtosh”. You’re getting nearly identical sunglasses for half the price.

On top of that, Moscot is made in China. Not shade to China, but SelfMade is bringing you glasses that are handmade by artisans in Italy and Greece. You’re not getting a cookie cutter product mass-produced in a factory.

Here’s another comparison between the SelfMade Washington II and “Bernardo” by Oliver Peoples. You’re getting a very similar style for less than half the price. Below is the Selfmade “Earhart II” which looks similar to Garrett Leight “Brooks Sun”.